Putting A Pin In It 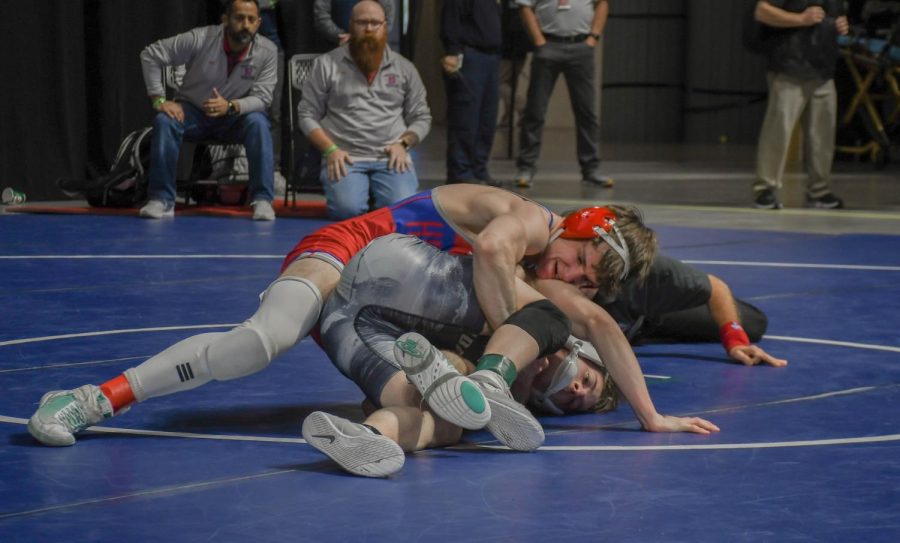 After numerous wins and dedicated preparation, the wrestling team made it to the State championship for the first time in Heritage history. With a total of four state qualifiers, the team headed to Berry Center on February 17th to compete against the best wrestlers in Texas.

“I’m ranked number two right now in the whole state, but the number one kid is definitely a tank,” State qualifier Noah Clayton (12) said. “But everybody has a chance, anybody can be beaten. State is the top 16 kids in the state, so you show up and it’s just up to who’s having a good, who’s having a bad day.”

Clayton was the District champion and Regional champion for this wrestling season. Along with his other teammates, he has had to put in a lot of hard work and dedication in order to reach the position that he holds today.

“I had to show up to practice and train hard to reach the ultimate progress I was wanting to see,” State qualifier Kayla Moore (12) said. “And mentally I had to push everything else aside and put all my focus on wrestling.”

Mastering this mindset is an important part of wrestling and it was crucial for the team’s chances at State. Without this confident and determined mentality, the possibility of winning is very slim.

“It’s whoever shows up and wants it the most that usually wins,” State qualifier Anthony Schmidt (12) said. “You can’t really overthink it, you just go out.”

Schmidt achieved third in the District championship and the Regional championship. Schmidt and Clayton were one of the first to go all four years of high school as a part of the wrestling team.

“This program has been built up so much in the last four years,” Clayton said. “We went from me and Anthony showing up to tournaments and losing both of our matches and going home, to now we’re the number one and number two seats at the State tournament.”

In total, the State qualifiers were Clayton, Moore and Schmidt as well as Mario Aguero (11) who served as an alternate. Clayton ended up placing fourth in the State tournament, which is an incredible way to end this monumental wrestling season.

“Even though it has been a great season, I am sad it is coming to an end,” Moore said. “But I’m also excited for the underclassmen to take on what the seniors started.”

This year’s team has definitely left a magnificent legacy and influence for the upcoming wrestlers and future seasons. All the seniors who were State qualifiers will leave knowing they made history. 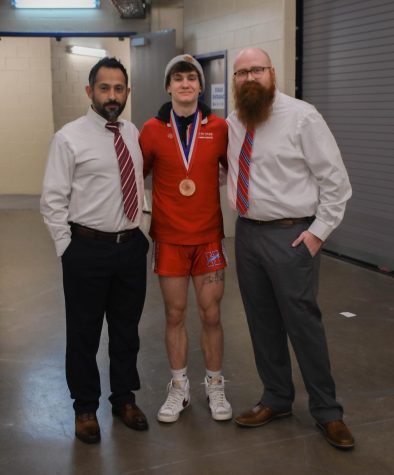