Wonder What Happened To This Movie 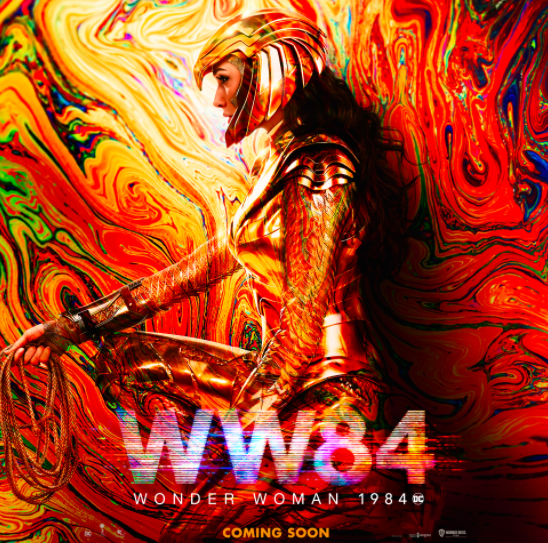 Wonder Woman 1984, released December 25, 2020, did not instill any sense of wonder. While the idea behind the movie was nice, the movie’s plot fell flat and it’s only saving grace was Gal Gadot as Wonder Woman herself.

The movie doesn’t begin where its prequel left off, but instead shows us more of Diana’s childhood island home Themyscira and younger Diana competing in a tournament with the other warriors which includes archery, horseback riding, and valuable life lessons.  We’re then transported from the beautiful island to the 1980s and all of its side-ponytail, leg warmer, fanny pack wonder. Diana, now fully in her role as Wonder Woman, takes down a group of robbers in a Washington DC mall and recovers the artifacts that they tried to steal, including a gem called the Dreamstone, but we’ll get to that later.

Meanwhile, power-hungry businessman and terrible father Max Lord is trying to take over the world (original, right?). He hears about the recovered gem and knows that it is the solution to all of his problems because it has a special ability: the gem grants wishes. Yes, you read that correctly. The Dreamstone grants any wish that you want for the low low price of something that you prize the most. Lord takes a field trip to the Smithsonian where Diana works alongside insecure coworker Barbara Minvera and steals the gem. Both women had made wishes on the gem, thinking that it was just a fake, but when those wishes come true later, they have important consequences.

Lord wishes to become the Dreamstone and the gem becomes a part of him, turning him into an all-powerful wish-fulfiller that can use this ability for his own personal gain at the expense of his health. Diana’s wish of Steve Trevor coming back becomes reality and the World War I pilot returns to the living at the expense of Diana’s superhuman abilities. Barbara’s wish gives her powers like Diana’s at the expense of her humanity. Lord starts to cause a lot of chaos with the wishes that he grants, and honestly, the plot just delves into madness after this point in the movie.

Long story short, the wishes grow out of control to the point where Max Lord controls the world. Diana discovers that he loses power when people renounce their wishes, so she renounces hers, losing Steve but gaining back her powers. From there, Wonder Woman battles Barbara, who has now turned into The Cheetah, and then Max Lord himself. He is defeated when Wonder Woman asks everyone in the world to renounce their wishes and then he renounces his. Yep, that’s how the world is saved. By Wonder Woman asking the world to do something in a polite way.

Honestly, Wonder Woman 1984 did not live up to the standard set by its predecessor. While Wonder Woman herself still continues to amaze, the other characters didn’t feel complete. Max Lord is very much a stereotypical villain bent on world domination and Barbara’s entire character development was centered on her wanting to become prettier. There was so much wasted potential with her progression to becoming the Cheetah and it just felt forced and out of place.

The movie started with an interesting enough plot, but I feel that that, too, was ruined, especially the ending. It’s hard to believe that Wonder Woman’s only option was to calmly ask the world to take back their wishes. I feel that there should have been more of a struggle or at least a different option. The plot felt rushed and not fully fleshed out which made watching Wonder Woman 1984 a struggle in the movie’s second half.

Ultimately, while Wonder Woman herself consistently impressed me, all other aspects of the movie didn’t meet the bar. While I’m not saying that you shouldn’t watch it, I really did enjoy parts of it and it has entertainment value, Wonder Woman 1984 is definitely not one of my favorites.