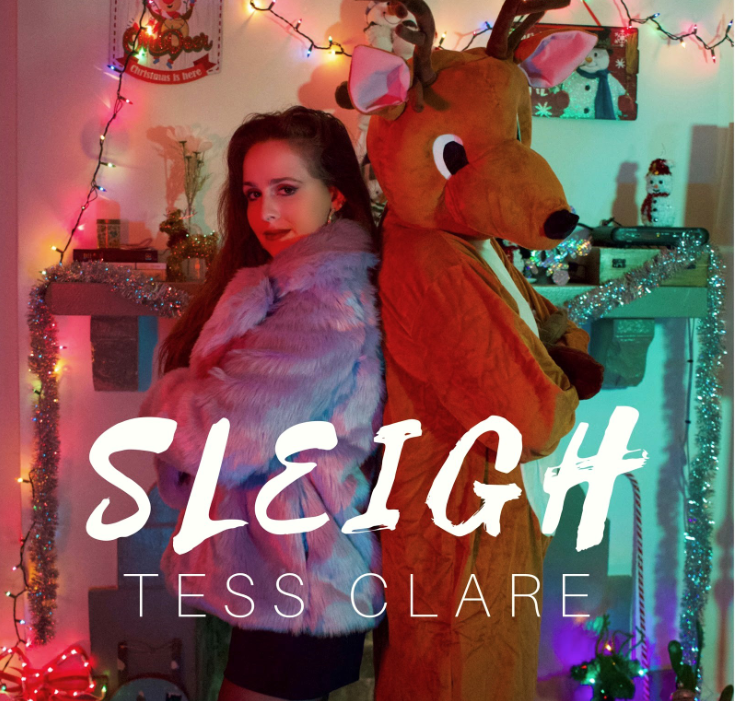 Lauren- I can’t lie, the beat was catchy. However, props to her for trying to make something a little different though. Everyone has been listening to the same traditional songs for Christmas every year, and while I do believe there needs to be something to spice it up, this is definitely not it. Hearing the same word over and over again just made me want to rip off my ears. I love Christmas music, especially the upbeat songs that annoy my brother when they are blaring in my car, but I wouldn’t even put him through the suffering of this song.

Erin- Listening to this song felt like riding a really bumpy roller-coaster. It definitely took me on a journey, but overall it was anticlimactic and the end couldn’t come soon enough.

At the beginning, I actually felt like the song was something I could enjoy. Clare’s voice was impressive and the beat was catchy. I appreciated the way she took something as classic and dated as Christmas music and put a unique modern twist on it. When the chorus dropped, however, all of the appeal was lost for me. I found the repetitive lyrics and tune to be overwhelmingly annoying and simply disappointing. I applaud Clare for doing something different, but the song is just not for me.

Isabella- Tess Clare’s song “Sleigh” is just well…I hate this. I really do not like Christmas music in general because it is overplayed, but this is just terrible. The beat and the lyrics just clash and it is just overall annoying. Like in a song, I don’t want to hear the words “sleigh” and “rum ba da dum” a million times over and over again. She tries too hard to make it sound good, but it is really just making it sound worse than it is with her trying to reach notes that she just cannot. I just don’t see this being a good Christmas song EVER. Let’s keep it with the less annoying classic Christmas songs.

Julia- Oh wow. This song is, erm, interesting. It’s a pretty strange concept of making a Christmas song into something more modern and catchy, and kudos to her for that. I’m usually a pretty big fan of Christmas music so it was nice to see a new blend of genres, but I just am not feeling it. I can’t really tell what’s wrong with it but something’s just off. The vibes aren’t right. Nothing made this song exceptional, it wasn’t the kind of song you play on repeat. Maybe we just aren’t ready for this yet.

Cade- I mean she’s kind of stuck here. Tess Clare, I mean. Like the song itself isn’t bad, but if you’re looking for actually Christmas music this isn’t it, and with the bell sounds and lyrics, it’s not really possible to have it feel normal outside of December. It’s catchy. I actually like the song, but it limits itself. Also she tries to reach ranges she can’t which makes it sound natural, but I don’t think that was her intent. All in all, it’s decent. It’s the first song I’ve heard that’s almost gotten the mix between modern music and Christmas music right, but it didn’t quite hit that mark. Decent.

Sarah- Wow. Christmas time is a time full of cheer, laughter, fun, and celebration. ‘Sleigh’ by Tess Clare doesn’t give me any of those feelings. She took classic Christmas lyrics and spun them into a song that has been pumped out of the industry machine for the past two decades. It’s an unoriginal song about a girl getting over a guy and feeling empowered about it, which is fine, but it’s such an unoriginal concept. The only thing that is kind of original is that she made it into a holiday song? I don’t find the beat interesting, the lyrics feel like they’re lazily written, and it doesn’t sound like she has a lot of range in her voice. It’s a no from me.